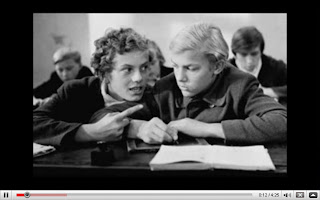 Idea about “devil´s religion” among the Estonian people is a frantic one. The extensive indicator for solving the problem is considered to be the amount of the agreements that signed with Devil throughout the history. Theologist V. Uuspuu in his article “The Death Sentences in Estonian Witchcraft Processes” (“Theological Magazine” 1938) explains:
“When we compare the executions of witches in Western Europe and in Estonia, their amount of executions clearly prevails and our executions was only echo of the Western European events. In Germany were tens of death sentences during one year and the amount of martial sentences, announced in the particular German villages exceeds the number of ever known analogic sentences in Estonia.”Prejudice about old Estonians particularly deep beliefs and feelings towards Devil is a myth.
Land people´s (maarahvas) relation to the Death as lord of the fiends is quite different. As Kobras said, they have always believed to the bugaboos, water-spirits, touslers, marduss, cold-shoes (Schuhfleck in German) lendva´s (German Zumwald-fliehen), cubs of Saint George et al. Ancient Estonians lived spiritually together with the death and deads and Mattias Johann Eisen emphasized:
„When all duties towards deceased person did not fulfil, he came back from his grave and started to „return to home“ and „demand debt“. In such case, the dead person had always his wicked character. As it seems, there are several reasons that forced his haunty returning to home. Criminals and witches will turn to the revenants and, according to the Oesilians´s (saarlased) point of view the barons would it, too. Over-mourning and weeping are also bad and invite the departed person back to home. Cursing of the dead is also reason for the haunting. People should placate the ghost with the sacrifices and then he ends his returns.“ (Jutt... 1977: 70).
Old Pagan has also huge importance in the Estonian folklore. Old Pagan incorporates the features of the Devil and the giant. In the „Old Barney“, in database of the myths and folk stories the researchers observe Taara, the most important one among the company of the bugaboos. Originally a spirit, Taara turned to the bugaboo only in the christian sight. There are many speculations about Taara´s name and the interpretations of „The Chronicle of Henry of Livonia“.
Taara, „the flying idol“ was worshipped under the stronghold of Tarbatu that called also Taaramägi. Murky and mythical history of this place put us believe that Ormusson´s and Kobras ´s meeting in the place contemporarily considered to be Toomemägi is not a pure occasion. The idol´s names, given by Henry could be pejorative — in the Old Testament „Thara“ was one of the pharaohs, the ancestor of Abraham´s lineage. That fact did not mentioned yet.
The christianity began to ascribe the bugaboos as the demons. As Tuglas wrote in „Poet and Idiot“ the number of demons exceeded seven million (7 405 926 ). But Estonians had not the universal God which can be the ruler over everything. The spirits lived mostly in certain places. The paganist „land faith“ guaranteed the existence of genius loci. Consequently, the flying idol was more an anomaly than a regular phenomenon. Of course, the paganist tribes have also the wandering gods, i.e. Helios on his solar wheel, but they had connected with the concrete nature objects. Idols sat most often and never moved.
Let me prepare philosophical and mythological analysis about the company which invited here by Kobras. Let us take Toots-stories by Oskar Luts, the stories actually healing us in this nervous, aggressive and failed world. The lendvas which live at the edges of the chapel in the Toots-stories are, at first hand Toots´s protective spirits and secondly, symbolize the conceptual inside jokes, knowing only by them who walk up to the chapel hill. Oskar Luts´s ghosts are characterized by the following elements:
1)they live in graveyard, because there are treasure buried under the church during the reign of the Swedish king;
2)their voices are „viu“ and „vops“;
3)they know nothing about the hygiene (as „scratching the back“ creatures);
4)they are topos-centered;
5)some people can be „together“ with them (in Estonian killas, in accusative form);
6)they can come out if one invite them with the casting of the spell;
7)after all, they could live in sauna, especially at the New Year´s Eve;
8)they are connected with the seven branches of crossroad, this quality approximates them to the werewolves.
Stories of Saaremaa that Tuglas tells us, are different. Devil has a wife there. Her name is Babiloona. They have a son — Kurrit. As Tuglas puts it, inside of Devil is also a skeleton and every devil has its own psychology:
„He never dismisses any form of imagination. He resigns himself to it as a human weakness. He does not jealousy guard his own guises. He accepts whatever guise allows him to offer all manner of imagination. He is glad at every genuine attempt and act of good will. He is loving and forbearing. He does not thrust his person forward.“ (Tuglas, The Poet and Idiot and other stories).
Posted by Aarne Ruben at 6:55 AM