Toomla and Kukk in their fighting and fate 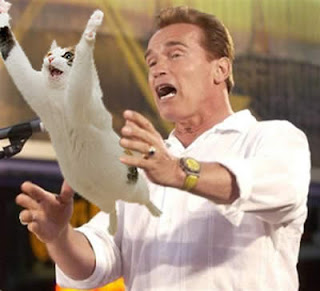 On 7. May 1954 a four-engine transport plane started from Frankfurt military airport, with two important passengers on board. They were British MI 2 spies Hans Toomla, whose agent name was Artur (Art) and Kaljo Kukk, with pseudonyme Karl, both Estonians.
By that time the Estonian Republic had been occupied for 14 years, first by Soviet, then Nazi and then by Soviet powers again. Estonia had gone through two agonizing deportations, more than 25 000 Estonian citizens happened to be forced exile into Siberia, lots of them into the concentration camps where half of them could not survive. Estonia had lost one quarter of its population. The challenges against the ruling political regime were strictly forbidden and punished harshly. Despite of all this, the citizens of newly established Estonian SSR hoped for a new beginning on the other side of iron curtain.
In the same night, the reconnaissance plane reached above the Estonian territory and both agents were dropped down at Pärnumaa, in places full of extremely large, thick, primeval forest. They landed secretly with their parachutes, owning very powerful radio transmitter, which capacity was enough to reach all over the Europe. Also they had two army pistols Walther P38, two pen-shaped pistols with tear gas and cyanide capsules, hidden under their collars. Hans Toomla had documents on the name Karl Peterson in his pocket, Kaljo Kukk owned a pair of false documents for the never-existed persons Ilmar Taluots and Endel Sutt. Their dangerous incognito life inside of the Soviet society had begun and lasted for three months.
Toomla´s radio messages to the West were encrypted, but the encryption was quite weak. After buying a car Moskvich, Toomla forwarded important things to the British intelligence. His following message was sent from Vändra forest, it was in Estonian and in Morse Code – their senders were true specialists in both of it:
„We bought a car. Art, I repeat, Art – his relatives are all healthy. I have not contacted with my relatives. Give me 3 necessary addresses. The addresses you have given are inexact, omit either the street names or house numbers. Listen to me on the day, marked with a cross. Art, I repeat, Art. Karl, I repeat, Karl. Sad woman, sad woman, sad woman! The end, the end, the end!“
Some parts of their code make us think. Those were the emergency exits from the „randomly put character language“ messages: cabix (´all our weapons are lost´) and qrt (means ´the enemy is close, I must end´). This qrt (▄▄●▄ ● ●▄● ● ▄) sounds very similar to the Estonian word ´kurat´ (a devil), however, it is not a linguistic sign. Let us re-emphasize that exit code of the message about the car-buying was „sad woman“. Semantically, it is a specially stressed marker for the irrefutable fact that after all the signals, the last one included, will be followed by the silence. It should have been only very strong, underlined semiotic unit: for example ´sad woman´. Yuri Lotman has written that the semiotic processes, happening on the borders, are more intense. Toomla had to choose the very special code unit to mark the border between the message and the followed silence, he chose ´sad woman´, because they did not relate with any woman in Estonia during their short visit to the dearest places of their homeland. The expression ´sad woman´, repeated thrice was top of the absurdity and marked the beginning of radio silence until next transmission. The psychoanalysts could perhaps notice the relation of Toomla´s expression with Melanie Klein´s little patient Rita, who in her Oedipal stage murmured aside, shredding a picture of woman: „Dead woman, dead woman, dead woman...“ (Frank, Claudia 2009. Melanie Klein in Berlin: Her First Psychoanalyses of Children.). The main point is that the spies were associated with no women in Estonia, and at the end of this story the KGB shot both of them.
Toomla, sending his messages, proceeded from typical human logic: after the message always follows the silence. According to Yuri Lotman, the track marker, signifying the border of his message, should evaluate inner and outer condition of its world – the message. Toomla knew: you can give a strong impulse, which ends the radio transmission at this time. And it was a paradoxal ending: lets talk about women as the ordinary men do – women, a folk which never revealed themselves to Toomla and Kukk till end of their days. It was a strongest signal to the end the transmission – and the spies used it.
The conclusion: silence is silence only being strongly separated by its edges. Silence always hides a question of boundaries in itself.
Posted by Aarne Ruben at 9:49 AM

Hi, I'm wondering if you could contact me regarding this blogpost; http://aarneruben.blogspot.se/2011/01/toomlas-and-kukks-fighting-and-fate.html

It's my grandfather, and I would like to know some more and how you found all this info?