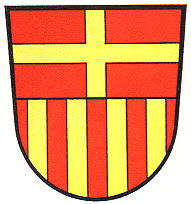 What hatces out of my sweetest memories of youth reading? It was 24th February 1988, when I visited a bookstore "Võitlev Sõna" on the beginning of the Pärnu road in Tallinn. I bought Aleksander Lipp´s "Treasure of Suurupi" and read:
"The commander-in-chief of the mine-lying department of the Russian Admiralty, captain of the first class Heinrich von Benhausen rummaged nervously in the drawers of his work table. A rick of schemes and maps piled on the table before him, and all of these papers were constantly well-sorted and arranged by the importancy. There was a huge fireproof cupboard behind captain, wide open, wherefrom the rick of documents on the table got the addition. Captain Benhausen puts less important documents to the cupboard and, ending his sorting, closed the safe and puts its key into his pocket. The documents on the table he hide into his voluminous portfolio.
Then he was ready, he just called for his adjudant.
The adjudant appeared and stood in the alert.
"Leutenant Tauber," captain stood up from behind the table.
"I listen you, mister captain of the first class."
"Leutenant Tauber," the captain emphazised, "I am sure that you remember our last conversation a couple weeks ago?"
"About the evacuation, mister captain of the first class?"
"Yes, this could be named so. You didn´t give up your decision, did you?"
The examinee kept silent for a moment and then said:
"No, mister capten of the first class, I stand on my own."
Benhausen made some steps along the room and, reaching to Tauber´s place, said:
"Sit down, leutenant." He pointed to an armchair, upholstered with leather.
"Thank you," Tauber responded and felt himself astonished. Benhausen was never offered a seat to an officer with lower rank than himself. Even not for him, althought he was his adjutant for two years.
"Sit down, sit down and forget your prejudices, there´s nothing left of them." And the chief lead him to the armchair, holding of his arm.
"So, are you ready to risk?" he asked.
"I am a bachelor. It´s nothing to lose for me."
"I guessed that. And now - let us speak more detailed. The situation in Petrograd gets tenser, the bolsheviks turn more active."
While saying that, he stopped his wak in front of Tauber. His face has became angry grimace, as it happened often, when some of his subordinates have acted somehow against his will. His fisted hands evidently trembled.
A typical Baltic baron, aged about fourty, at middle height... Heinrich von Benhausen never choose means to establish himself among the subordinates and lower soldiers feared him in particular, because captain´s fist was quick to punch someone in the face.
As calmed down, Benhausen continued:
"Before a week´s out and life of the Russian officer will be worth nothing more than a penny, including your life, Tauber."
Tauber attentively listened all the words of his boss and asked then:
"Do you know some ways out, mister captain of the first class?"
"I do," said Benhausen quietly. "To Revel through sea."
"To sea?" Tauber raised his eyebrows. "With a warship?""
It is my favorite book!
Picture above: coat-of-arms of the Benhausen family.
Posted by Aarne Ruben at 1:41 AM