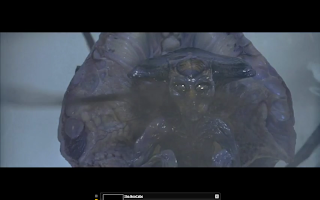 The Universe around us is empty of any messages. The potential friends silence and have always done it. Getting closer to the famous boxer paradox of Ludwig Wittgenstein, we can formulate the rational reasons why they do it.
1) They are too proud and do not want to talk with imbecile civilizations (the most usual argument).
2) They are small and beginners and wait, until they will grow enough to make a contact, so they can learn from us so far (argument of a fool).
3) Our language is conformal to theirs, their language is non-formal to us (like the doorkeeper and Josef K. in Kafka´s „The Trial“). For example: if they handle random noise as the pointed information (argument of the unfitting patterns).
4) They already stepped to the contact, but we did not notice it or despised them. Or otherwise – we did not notice our try to establish a contact in the past and forwarded them something wrong (argument of the unmemorized past).
5) They cannot contact, because they know about a danger threatening us and they want to accelerate it (argument of two comrades).
6) They know that a cosmic letter is not a cosmic attachment and the last one may have the opposite meaning (argument of a letter).
7) There is the certain order, by which civilizations can contact each other and they do it in strict order. Probably we do not know the order, but probably we know it very well and even more – we established it (argument of the stuck consciousness).
8) Or – it is not at all the common information silence in the space. It is the Miranda warning before the opposition with other witnesses and before the verdict („You have the right to remain silent“).
9) Or – they do not contact us because we are pretty primitive. Just the opposite, we are highly developed. The lack of their contact is caused only by one reason – we live in wrongly compressed timespace. Only losses of information in the black holes are the right things for them.
Posted by Aarne Ruben at 9:29 PM